Information from “The Anzacs Project”: –

Edward was born in 1885, the son of John Favell and Elizabeth Hirst.
In the census of 1891 Edward, age 6, was living with his family at 23 Harrison Street, North Ormesby, Yorkshire (North Riding), England. By 1901 his father had passed away and Edward was still living at 23 Harrison St with his mother and four siblings. Aged 16, he had left school and his occupation was given as Moulder (Marine Engineering).
Edward emigrated from England to New Zealand where he married Lilian Rose Dowthwaite in 1915. His mother passed away back in England that same year. Edward and Lilian appear to have had no children.

When the 1st World War broke out Edward was working in the Police Force. He enlisted and travelled to Plymouth, Devon, England:
EMBARKATION DETAILS WW1 26 Apr 1917-20 July 1917 to Plymouth, Devon, England aboard ‘Turakina’.  His Service Number was 46177 and he held the rank of Corporal; 25th Reinforcements, Canterbury Infantry Regiment, C Company; New Zealand Expeditionary Force. 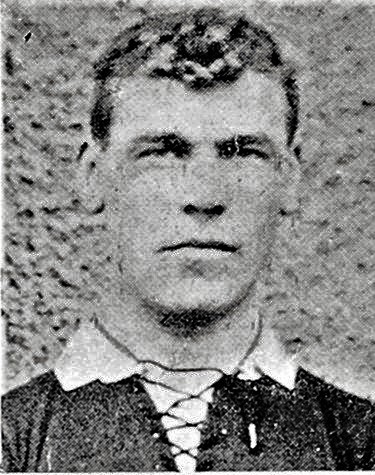 On 22 November 1917 Edward was Killed in Action at Ypres, Belgium. He was 32 years of age.  He is buried in Buttes New British Cemetery, Polygon Wood, Zonnebeke, West-Vlaanderen, Belgium.

He is also remember on the grave monument of his parents in North Ormesby (ME) Municipal Cemetery, Ormesby, Yorkshire, England.

Ex-Constable Stewart Favell, who is reported as having died of wounds received in action, was a highly-esteemed member of the police force. He joined the force at Wellington on August 3rd, 1911, and was stationed at Mount Cook until he was transferred to Blenheim on December 3rd, 1914. On February 5th, 1917, he resigned from the force in order that he might give his services in defence of his country. The late Constable Favell leaves a widow and one child.