He is almost certainly the same E Favell commemorated on the Irthlingborough, Northamptonshire war memorial. “Soldiers Died” lists Ernest’s places of birth and enlistment both as Northampton. It also states that he formerly served under service number 14520 with the Northamptonshire Regiment. 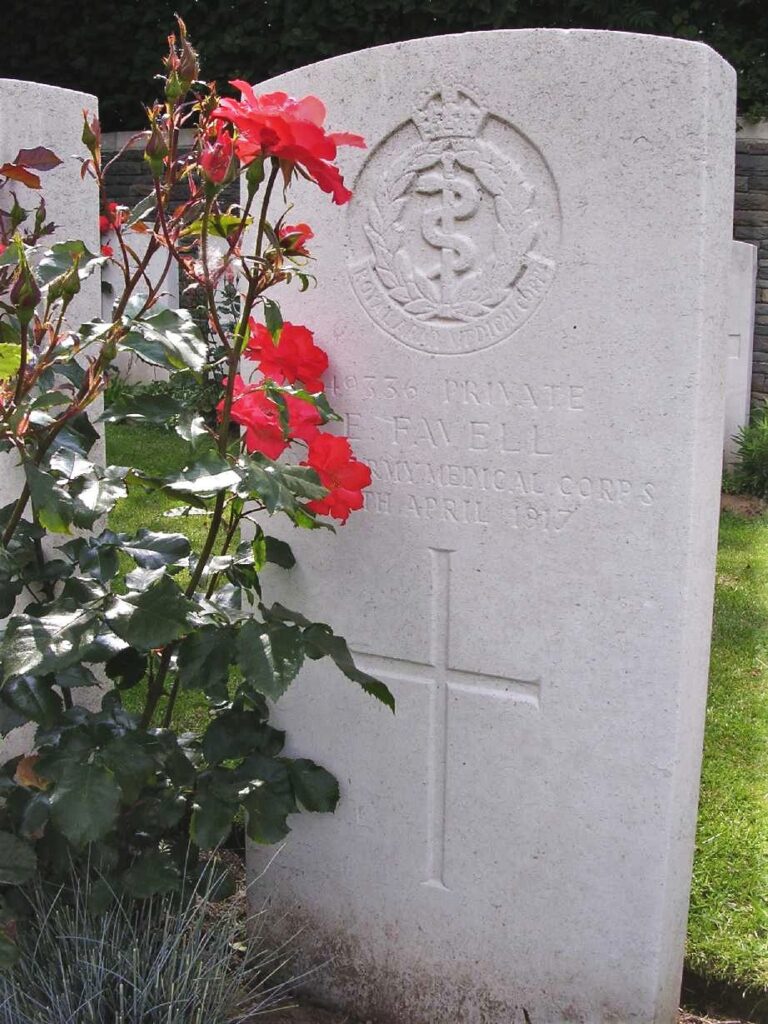 Ernest is also commemorated in Irthlingborough Church cemetery on an unusual memorial to local scouts who died in the war.  Of the 12 names, 10 are repeated on the town memorial.