H Favell – Driver T/438647 667th H.T. company, Army Service Corps died on Sunday, 17th November 1918.  His grave is in Greenwich Cemetery, London where the majority of burials were from the Military Herbert Hospital or the Brook War Hospital.   He died of  Influenza and Pneumonia at the age of 32.  He left a wife, Charlotte and four children.  William Henry (8) , Florence Alice (5), Charlotte (3) and Annie Louisa (1) who were living in Crinan Street, King’s Cross.  Herbert had been born on 9th July 1886 in the parish of St Luke, Islington, just north of the City.  Prior to the war Herbert and his family had been living in Cumming Street, King’s Cross and he was working as a Porter for a company making Blacking Polish.

Greenwich Cemetery contains 561 First World War burials. More than half of these graves are scattered throughout the cemetery, but 263 form a large war graves plot known as ‘Heroes’ Corner’. Here, two curved screen walls bear the names of casualties buried both in the plot and in unmarked graves in the cemetery.   Herbert is commemorated on one of the screen walls and is in a communal grave. 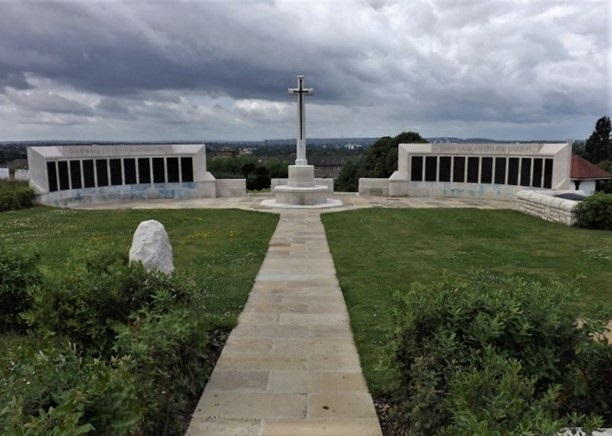