‘Soldiers Died’ gives his place of birth as Marylebone, Middlesex and his place of residence as Hampstead. He enlisted at Sutton, Surrey and the S prefix to his service number indicates that he joined one of the new armies raised for the war.  ‘Soldiers Died’ states that he ‘Died of Wounds’, so it is probable that his original grave was lost, as often happened due to the continual shelling of front line areas and that is the reason why he is listed today on the Pozieres memorial to the missing. 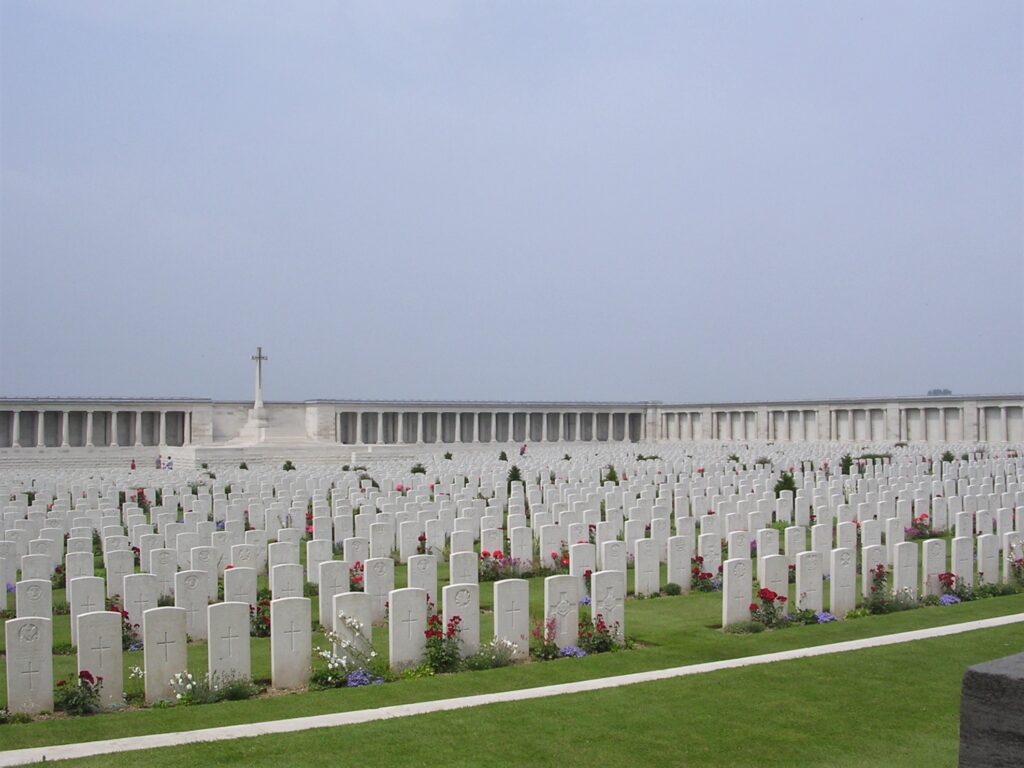 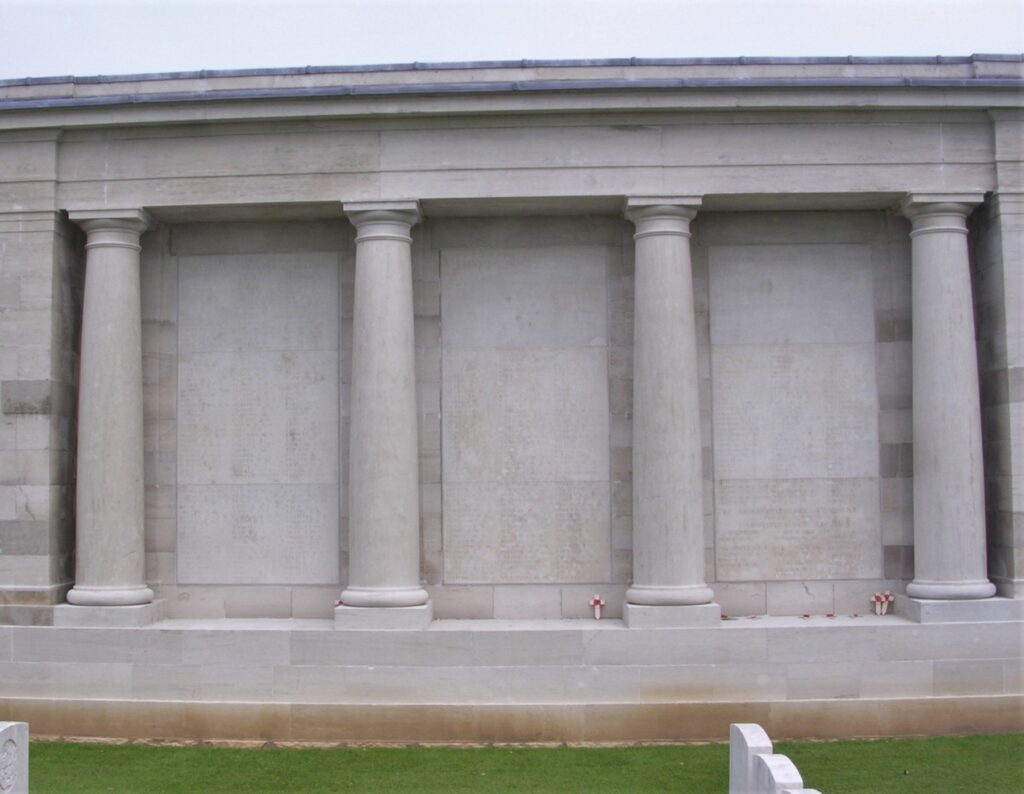 Herbert’s will was valued at £107  2s 6d with all proceeds being left to his Father James, a Taxi Cab Driver.  Edith seems to have died in early 1916, which would explain Herbert’s will be made in favour of his Father.  Herbert’s address is given as 21 Narcissus Road, Hampstead.  The register entry also states that he died between the 20th March and 1st April 1918 suggesting that it might be the later date that he was found.

The 1901 census shows James as a 17 year old living in Marylebone, London and  employed as a short hand clerk.  By 1911 he was living at 27 Cholmondeley Avenue, Harlesden and married to Edith Candell Favell, 3 years his senior.  His occupation was now a Music Hall Publishers Clerk.   Assuming that Herbert volunteered for service in response to the early recruitment campaigns of the war, he would have been around 30 or 31 years of age when he joined up.

The 11th (Service) Battalion was formed at Winchester in September 1914, the ‘Service’ part of its title denoting a battalion raised for the duration of the war, as opposed to regular or Territorial organisations.  It was part of Kitchener’s ‘New’ Army.  Allocated to the 59th Brigade, 20th (Light) Division they moved to Blackdown, then in 1915 to Witley and in April 1915 to Hamilton Camp near Stonehenge.  By June the Divisions’ War training was almost complete and the King made an inspection at Knighton Down.  After this the Battalion was transferred to France, landing at Boulogne on the 21st July 1915 and were concentrated with the Division to the west of St Omer by the 24th.

After training in trench warfare it took a share of duty in the line near Fleurbaix.  The Division was the first of the new armies to take part in a major offensive on the western front when the battle of Loos began on the 25th September, attacking towards Fromelles. 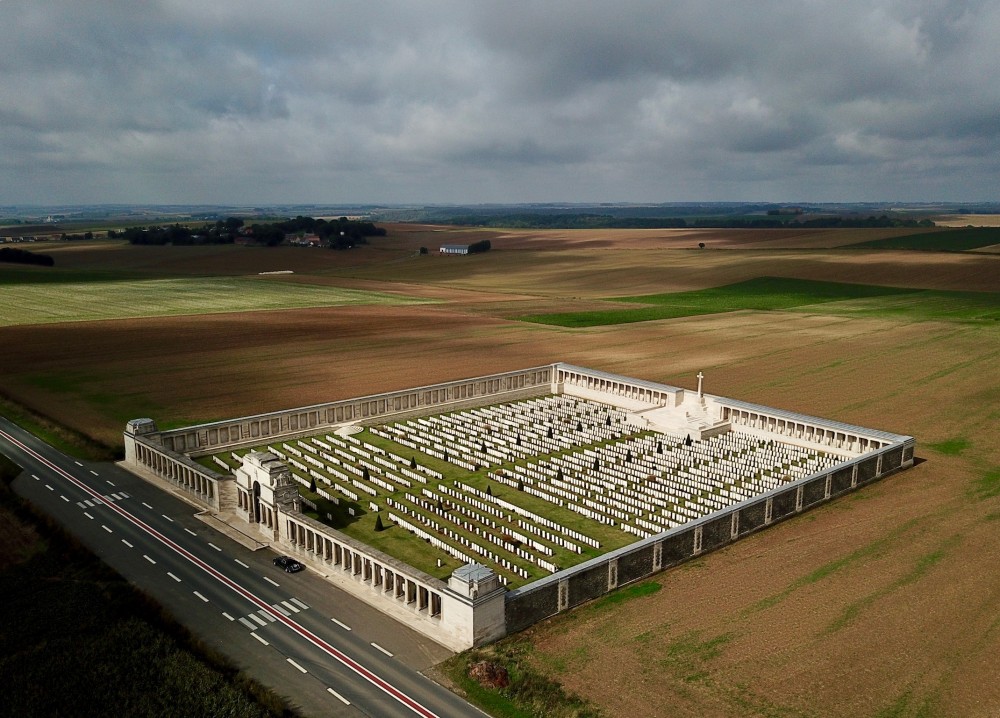 In January 1916 the Division was moved to Second Army area and the Ypres Salient.  It took its turn in the front line and was subjected to numerous attacks. Following the German capture of Mount Sorrel the Division fought alongside Canadian troops to successfully retake the area.

The Division joined the Somme offensive that began on July 1st 1916, entering the battle at Delville Wood. On the 16th September the Division went into action at Flers and were amongst the first infantry to serve with tanks in battle. The division also took part in the actions at Marval on the 27th September and Transloy Ridges in front of Bapume between 1st and the 8th October.  In early 1917 the Division took part in the British advance and subsequent German retreat to the Hindenburg Line. During August and September of 1917 the Division saw a great deal of action in the Ypres sector, the battle of Langemerck, engagements at the Menin Road Ridge and Polygon Wood.

The 20th Division advanced Tanks at the Battle of Cambrai and and between 23rd and 28th November, attacked and captured Bourlon Wood and fought off German counter attacks that went on until 3rd December. The remainder of the year and the first months of 1918 were spent out of the line and the Division was in reserve at Nesle when the Germans launched their offensive in Picardy. The following day the Division fought at the Battle of St Quentin. Further actions followed at the Somme crossings before a major engagement was fought at Pozieres on the 26th March.  The Division was not withdrawn from action until 20th April and it was during this period that Herbert’s luck ran out. He died on the 1st April. ‘Soldiers died ‘ states he died of wounds and it is possible that he was buried on the Battlefield and his grave was not found after the war, or his body could not be identified and this is the reason he is listed on the Pozieres memorial, having no known grave.