6540 Private Horace Favell 3rd Battalion Bedfordshire Regiment enlisted to serve in the Special Reserve 21st May 1910.  He served for  339 days before purchasing a discharge on 24th April 1911.

Horace was born in Hemingford Grey and gave his occupation as a Kennel Man in the 1911 census when he was listed at the age of 18 living at The Kennels, Brent Pelham, Buntingford.  (The Brent Pelham Hunt is still in existence)

At the age of 23 Horace re-enlisted for the army early on in the Great War.  On the 10th February 1915  he became 22855 Private Horace Favell Grenadier Guards. 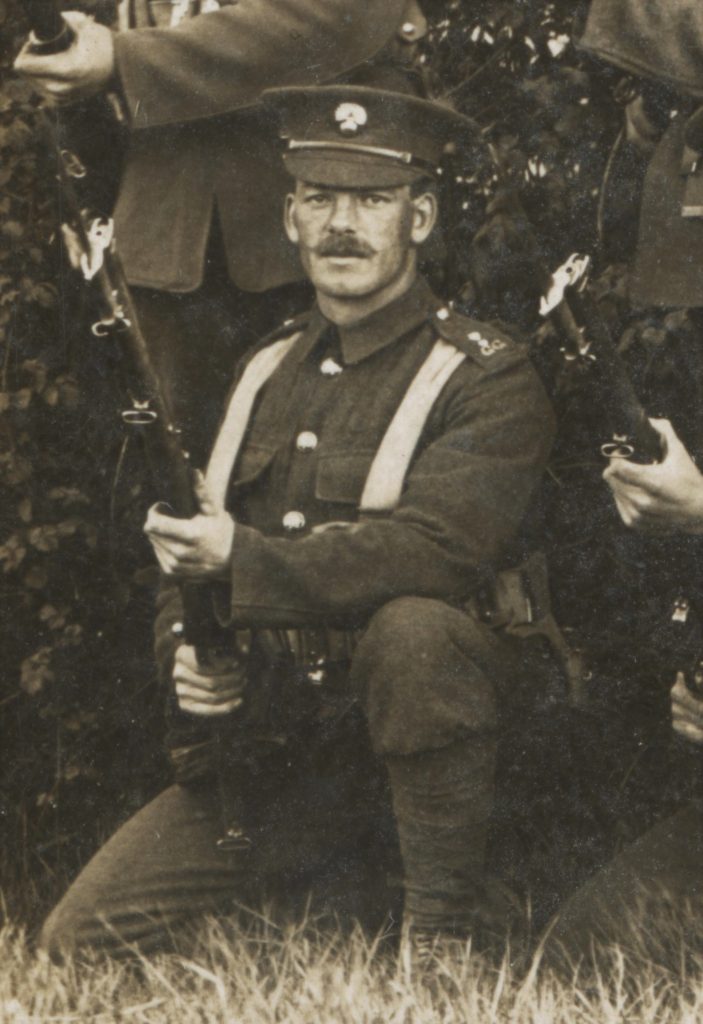 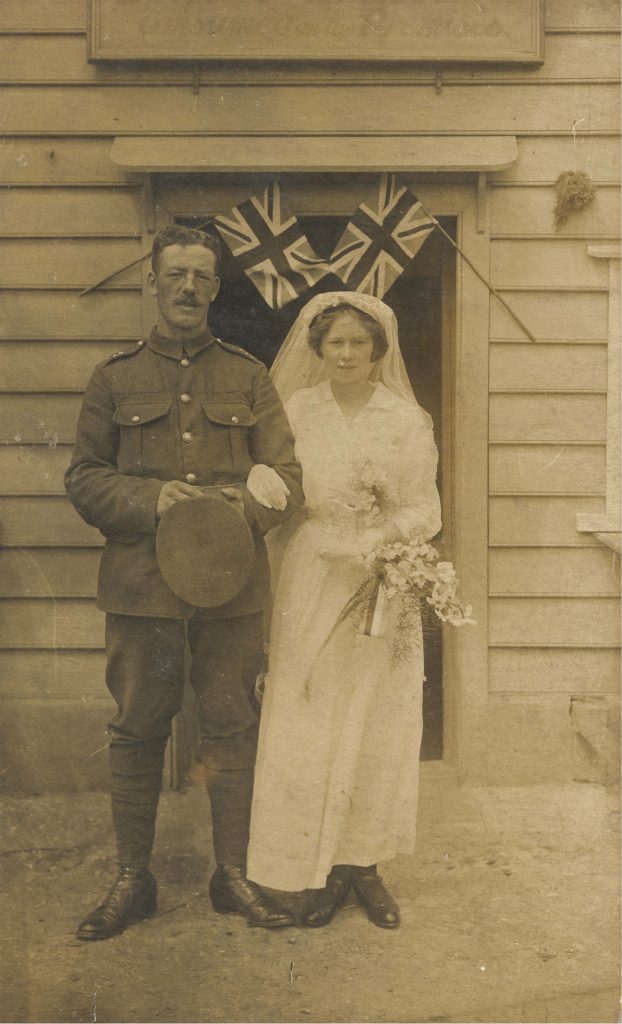 Shortly after enlisting, Horace married 19 year old Emily Lay at Royston Hertfordshire on 22nd May 1915.  Horace was residing at Caterham Barracks and Dorothy at The Bee Hive Inn at Meesden where her Father Walter Lay was the Landlord.  Horace’s Father, Edward Favell, was noted on the marriage certificate as a Horse Keeper.

Horace was discharged at London on 23rd April 1918 as “No longer physically fit for War Service” after serving 3 years and 73 days.  Aged 26 years his description on discharge mentioned a wound scar on his right elbow and said that he was 5ft 10 inches tall with a fresh complexion, grey eyes and brown hair.

He was awarded campaign medals and one gold stripe.  The discharge stated his occupation on enlistment was ‘Cowman’ and that he was a sober, honest and hardworking man.

In later life Horace and Dorothy lived in Wembley, London.  Horace worked for the Post Office in Harrow as a Postman for many years.  He died in 1945 at the age of 53.   The photographs right, and below, show Horace and Dorothy with Hounds of the Pelham Hunt.   The photographs here, along with many others, and paperwork related to Horace’s army service  were kindly passed to me by Karen Perks.  Following the death of her husband’s aunt, who had been married to Horace’s son Walter, Karen was able to make contact via the web site.  Very kindly, Karen also sent details of Walter’s service in WW2, along with his war medals.  Walter will feature in the WW2 section. 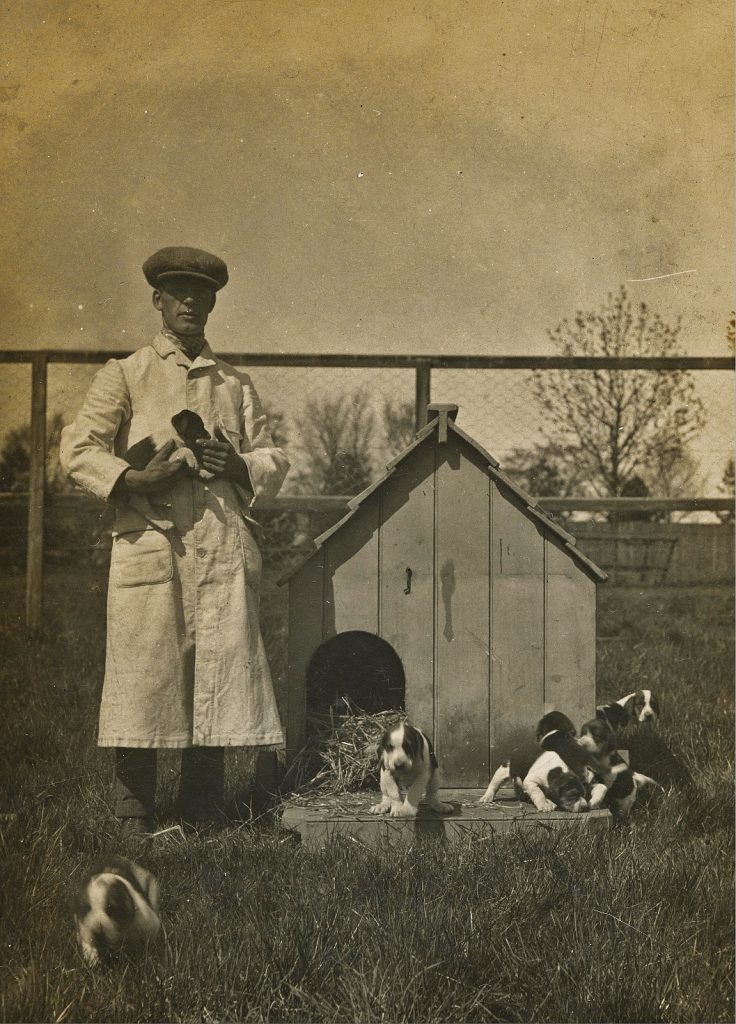 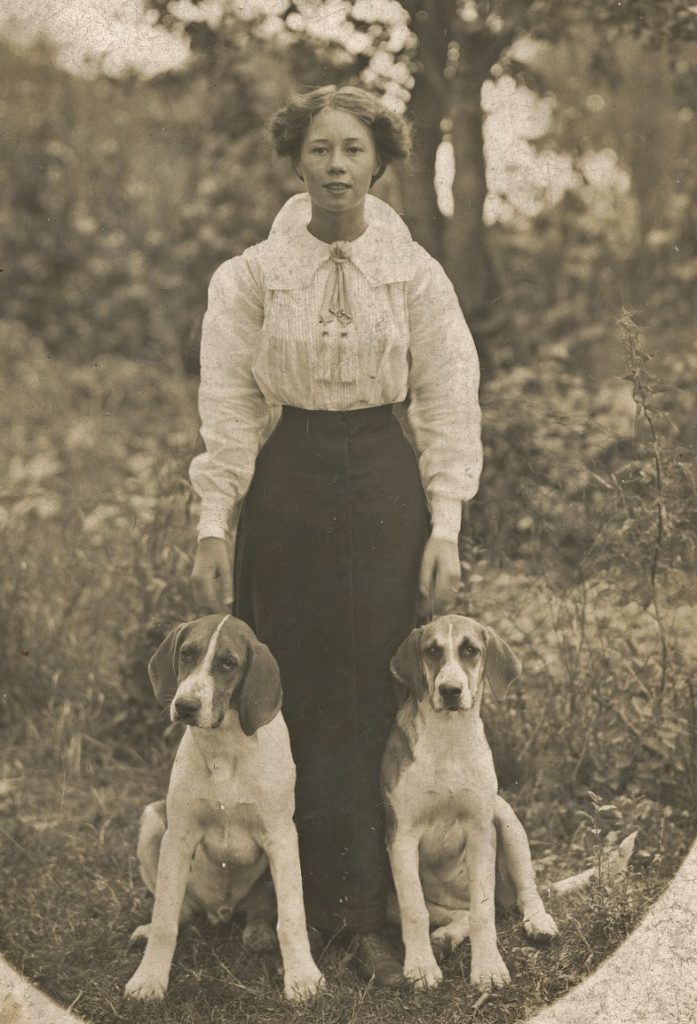 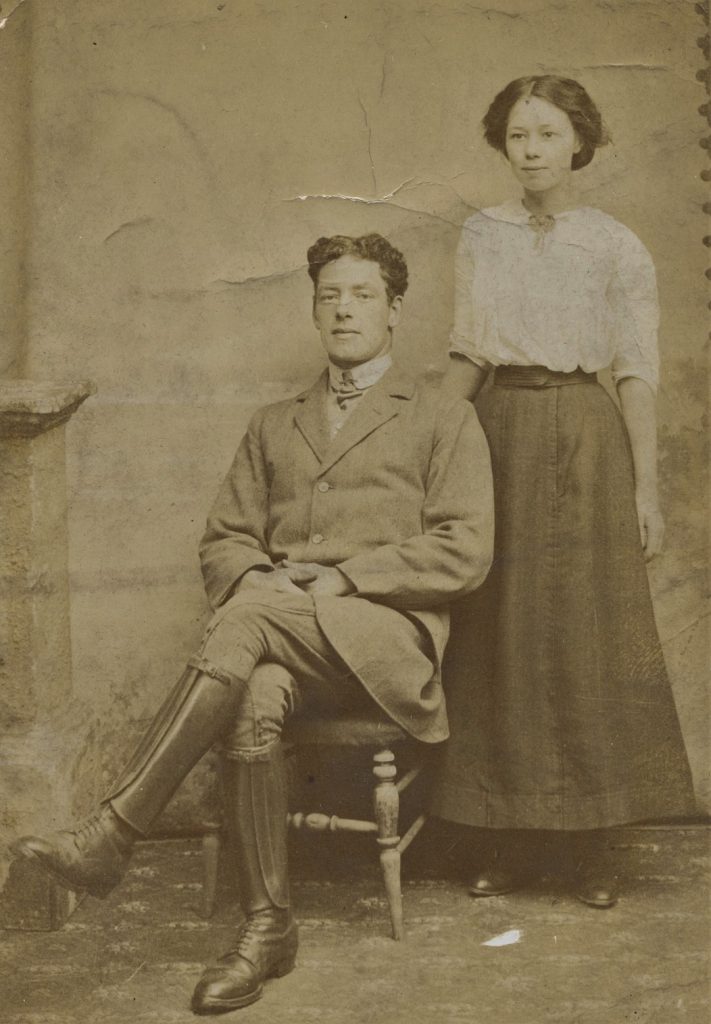