Private 9418 John George Favell of the 2nd Battalion Coldstream Guards died at Poperinghe in Belgium on 4th November 1914.   He died of wounds received in action two days earlier at Reutel.  ‘Soldiers Died’ gives his place of birth as Sunderland and his place of residence as Deptford, Durham. He enlisted at Sunderland and is recorded as ‘Died of Wounds’ in the France & Flanders Theatre of War.   His grave is in Poperinge old Military Cemetery, Poperinge, West-Vlaanderen, Belgium.

A Regular Army Battalion, the 2nd Coldstream Guards were stationed at Windsor at the outbreak of war and were allocated to the 4th (Guards) Brigade, 2nd Division and landed at Havre on the 13th August 1914 as part of the original BEF.

De Reutel is a few miles east of Ypres in Belgium and the First Battle of Ypres which saw the opposing Allied and German forces reach a stalemate and dig in, took place between 19th October and 22nd November 1914.  It was during this early struggle that John was wounded and moved to a Casualty Clearing Station in Poperinghe. 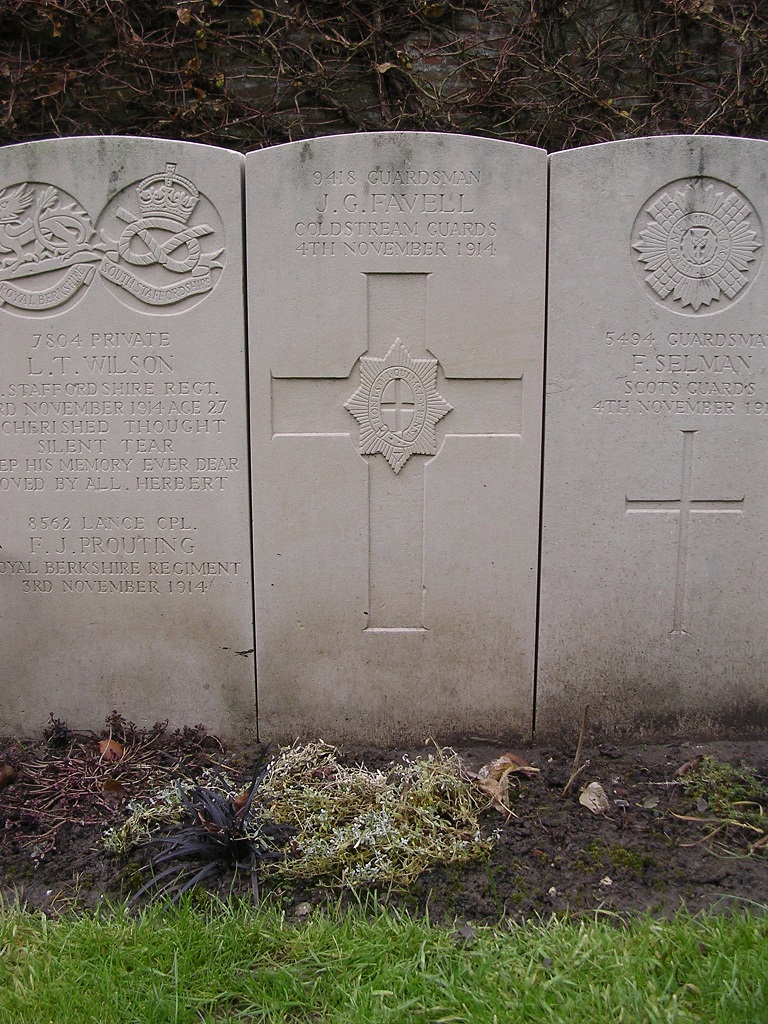 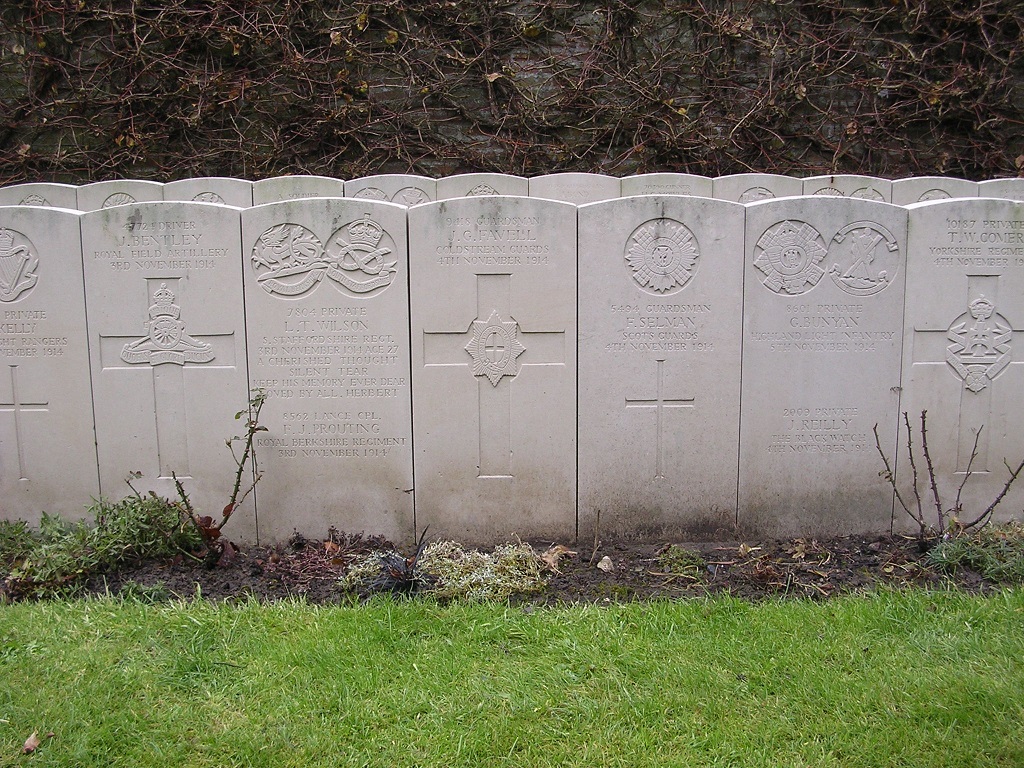 The town of Poperinghe (now Poperinge) was of great importance during the First World War because, although occasionally bombed or bombarded at long range, it was the nearest place to Ypres (now Ieper) which was both considerable in size and reasonably safe. It was at first a centre for Casualty Clearing Stations, but by 1916 it became necessary to move these units further back and field ambulances took their places.  The Old Military Cemetery was made in the course of the First Battle of Ypres and was closed, so far as Commonwealth burials are concerned, at the beginning of May 1915.

John’s Army Pension record card gives his dependants as Mrs Jane Anne Parker of Sydenham Place, Deptford, Sunderland and states that she is his Mother.  Also listed is Mrs Linda Branson, of 11 Hugh Street, Pimlico (presumably London) and says Gdn (Guardian?) of Child.  From Google Street view it seems that 11 Hugh Street no longer exists and from the gap in the buildings it might have been a victim of the Blitz.