Researched by Pamela A Southworth – Swineshead at War.  Photos courtesy of Keith Robinson.: –

John William Favell was born in 1877, the son of Joseph Favell a saddler in South Street, Swineshead. In 1904, John married Sarah Elizabeth (surname unknown). He was working as a farm labourer and in 1911 he and his family were living on Station Road, Swineshead, in two rented rooms. By the time of his death, his wife and five children were living at Beck Bridge. John Favell enlisted in January 1915. He was about 36 years old at that time. In early 1916 he had been home on leave for 6 days when he left to rejoin his regiment at Grantham on the 2nd March. However, he never arrived in Grantham and was later seen wandering around Bicker for some days. On Sunday the 12th March 1916, a soldier’s top coat, cap and belt were found in a pile by the Hammond Beck. The Beck was dragged and the body of John Favell was found some 500 yards further along from his pile of clothing. At his inquest, various people gave evidence as to his character and personality and it was suggested he was somewhat eccentric, and he had also had a brother who had committed suicide five years earlier. He had left a note with his clothes which simply said “God bless my wife and family”. 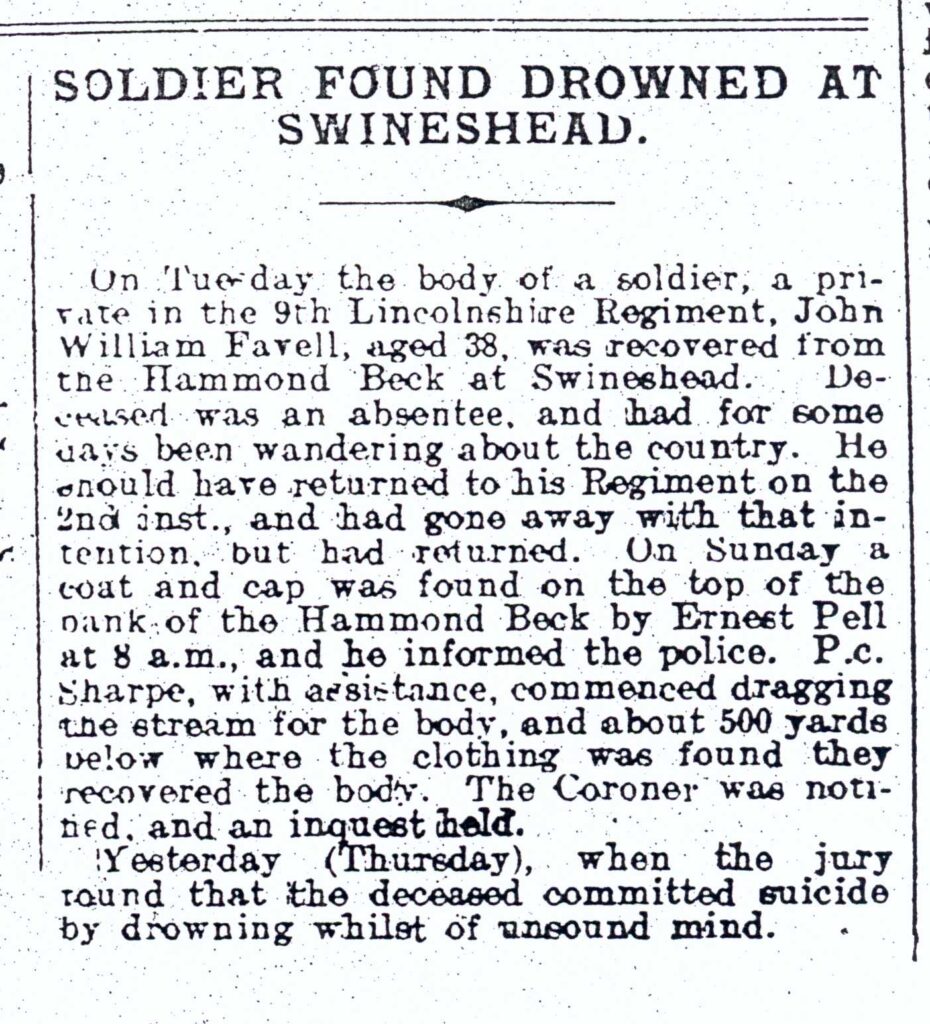 The verdict of the coroner was that John William Favell had taken his own life while of unsound mind. He is buried in St Mary’s Churchyard, Swineshead. Sarah EWlizabeth Favell remarried to Walter Kitchen in the Spring of 1920. William Kitchen became stepfather to the five children. SWINESHEAD SOLDIER’S SUICIDE. DROWNED IN THE HAMMOND BECK On Tuesday the body of Pte. John William Favell, of the 9th Lincolnshire Regiment, was found in the Hammond Beck at Swineshead. The deceased man had been home on six days leave, and on March 2nd proceeded to Grantham, where his regiment was stationed, but returned, and had been wandering about Bicker and Swineshead for some days. On Sunday a soldier’s top coat, cap and belt, were found on the bank of Hammond Beck, and, dragging operations being instituted, the body of the deceased was recovered from the stream, about 500 yards below where the clothing was found. The deceased, who was a man of peculiar temperament, was 38 years of age, His home was at Beck Bridge, Swineshead, and he leaves a widow and five young children. He was a farm labourer and enlisted in January 1915. The inquest was held yesterday (Thursday) by Mr. Coroner TUXFORD.

Evidence of finding the deceased clothes was given by Ernest Pell, farm labour of Bicker and Owen Smith, Farm labour of Swineshead who assisted in searching for the body, and Sarah Ann Favell, the widow, who stated that while she had not heard him say he was going to commit suicide, did state that he had a brother who committed suicide five years ago, and a sister who was in an a asylum, The Foreman of the jury that he had peculiar habits, which were displayed by throwing his hat up in air for no apparent reason, and perform the most ridiculous antics when no one was in sight. P.C. Sharpe stated that deceased went to Grantham on March 2nd and walked back. Arriving in Bicker Fen on the 7th. He remained at the Vicarage Farm for two days. He could trace him sleeping in buildings right up to the time his clothes were found. Deceased had been reported to him as an absentee. P. C. Sharpe said he found on the body a piece of paper on which was written “God Bless my wife and family” There were footmarks showing he had walked into the water. There were no signs of a struggle. The Coroner having summed up, the jury returned a verdict that deceased committed suicide by drowning while temporarily insane. Boston Guardian – 18 March 1917 – page 11. 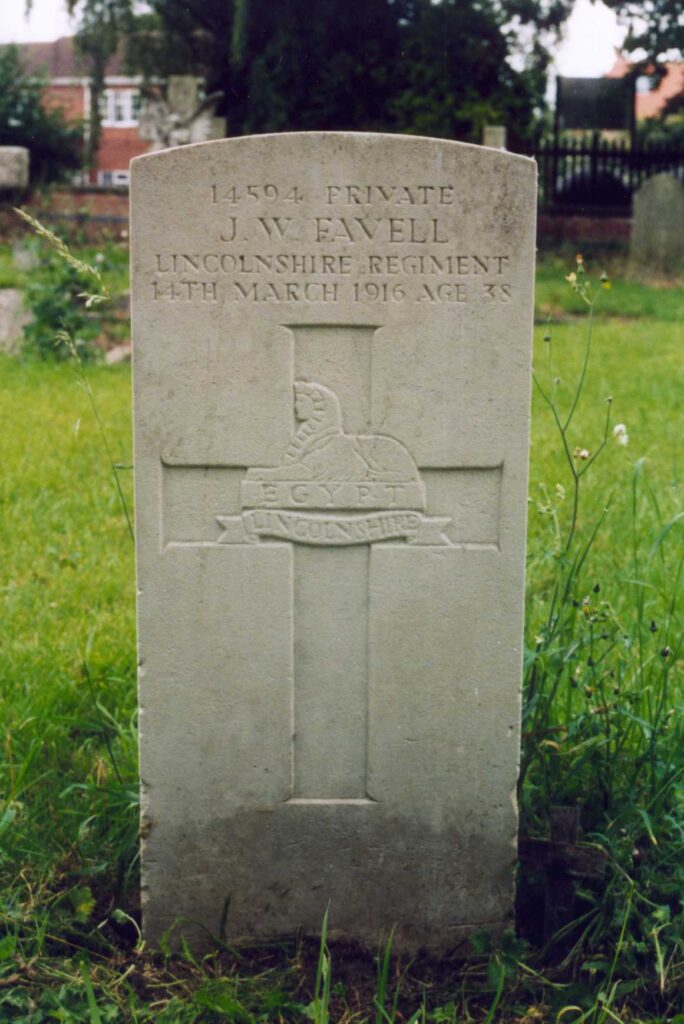